Michael Challinger grew up in Melbourne and attended Nunawading High School and Monash University, where he studied law and Russian. He is a music lover and inveterate traveller, having visited over 125 countries. He has worked in law in Papua New Guinea and London and practices now at the Melbourne Bar.

What The Critics Say 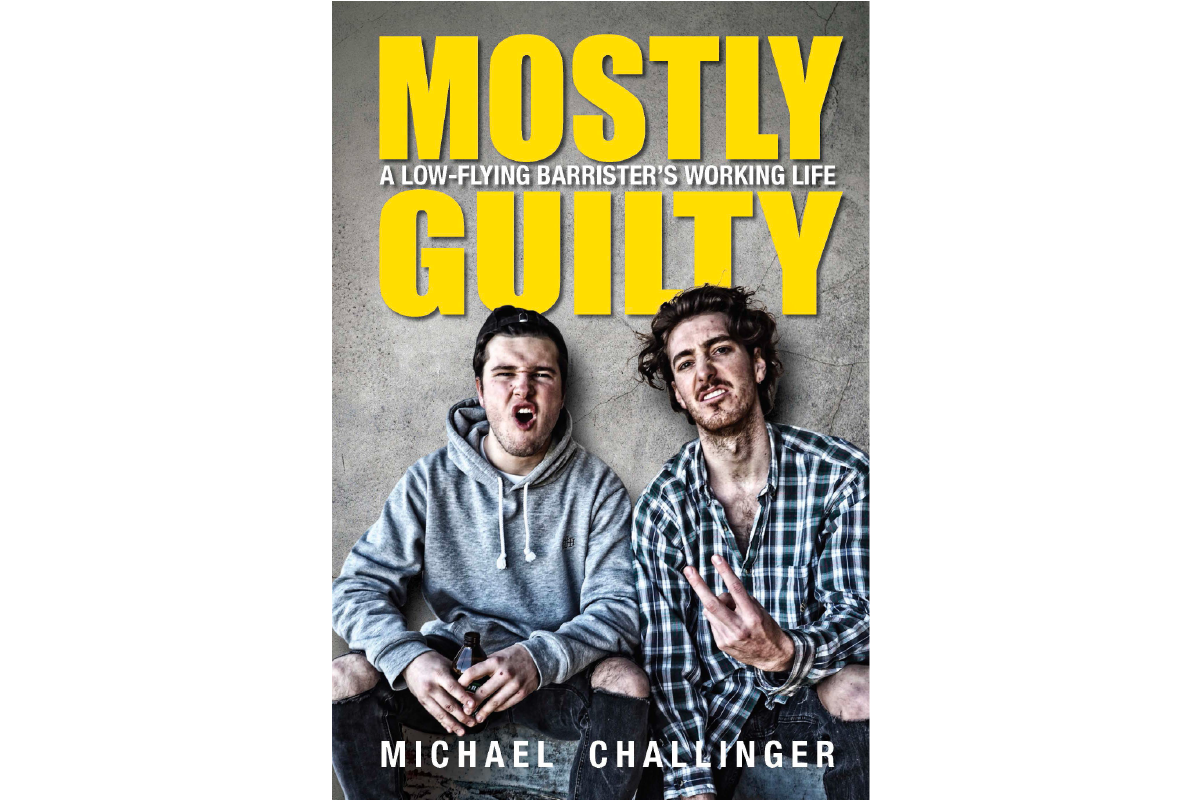 Mostly Guilty deals with the workings of the lower rungs of the Australian legal system. It’s about the down-to-earth cases that happen daily in Magistrates’ Courts. It does so through the experiences and anecdotes of a low-flying criminal barrister. While the cases are from Victoria, the book makes reference to other states and has relevance and interest Australia-wide. The style is light, punchy and informal, with lots of direct speech and many funny yarns. Some of the book is tongue-in-cheek (and even politically incorrect) but it also makes serious points throughout. It’s entertaining as well as informative. Most legal memoirs are by big-shot advocates or retired judges. Mostly Guilty is different, and doesn’t take itself too seriously.

It is often funny. Laugh-out-loud in surprised disbelief funny. But never cheap laughs. Not at anyone’s expense — or no more than is deserved when the facts are made plain.

Challinger’s tone as author, and character. . . is often sympathetic, wry, and wise . . . His compassion throughout, for his hapless (and sometimes not so hapless) clients, and their suffering victims, is clear on every page — balanced with humour, and told simply and powerfully.

Michael Challinger’s latest book, “Mostly Guilty”, is a book of cases remembered from Challinger’s long and diverse career, mainly defending people appearing in Magistrates’ Courts, in Australia and Papua New Guinea, charged with relatively low-grade crimes — no mass murderers and high-flying corporate swindlers and serial rapists and paedophiles. Instead, his clients are often petty career-criminals, or poorly educated opportunists tempted by an open garage door, or slower-thinking short-tempered small-scale psychopaths inclined to make a surprise attack on an unsuspecting victim, or someone caught in a feud that spirals helplessly out of control, …

Three outstanding features of the book must be mentioned.

First, it is often funny. Laugh-out-loud in surprised disbelief funny. But never cheap laughs. Not at anyone’s expense — or no more than is deserved when the facts are made plain. For example, in the opening chapter, the break-and-enter thief who repeatedly responds with self-defensive, outraged and profane disbelief, denying every accusation about his alleged crimes, is simply told he is clearly visible on the CCTV footage. It shows him having broken in, and helping himself … When his outraged ego deflates, you just have to laugh! Who needs witnesses when there is CCTV? Indeed!

Second, it is often sad. Many of the crimes, however petty, have serious consequences, and criminals and victims alike suffer — often through little actual fault of their own. Many of the “mostly guilty” convicted criminals came from such impoverished (financially, educationally, and emotionally) backgrounds that they never stood a chance from miserable childhoods in abusive homes, with drunken parents.

Third, it is practical. Michael Challinger has lived with the Law, at its best, and at its worst, when justice is poorly served by the strict letter of the law — dry as dust, formal, technical and academic. He understands the good intentions of the law, and its failures, and offers strong suggestions for broad improvements — but never in a preaching way.

Challinger’s tone as author, and character — the mild-mannered barrister who knows exactly what he is doing! — through his memoir, is often sympathetic, wry, and wise. He has earned this. His compassion throughout, for his hapless (and sometimes not so hapless) clients, and their suffering victims, is clear on every page — balanced with humour, and told simply and powerfully.
Very highly recommended!

Anyone who likes “Law & Order”, or “Rake”, or “Rumpole of the Bailey”, or other popular TV programs, and related books, will really like “Mostly Guilty”. Not only is it very entertaining, and informative, it is ALL TRUE. (Only the names have been changed to protect the identities, …)

This is a major true-life addition to Challinger’s earlier books, including his stories about expatriate and national relationships in Papua New Guinea, “Port Moresby Mixed Doubles”, and his farcical PNG novel “Shore Line”, and his excellent true-history of the Australian soldiers who volunteered at the end of World War I to go to Russia and help the White Russians (the pro-Czarists) fight against Lenin’s Communist Reds, “ANZACs at Arkhangel”.